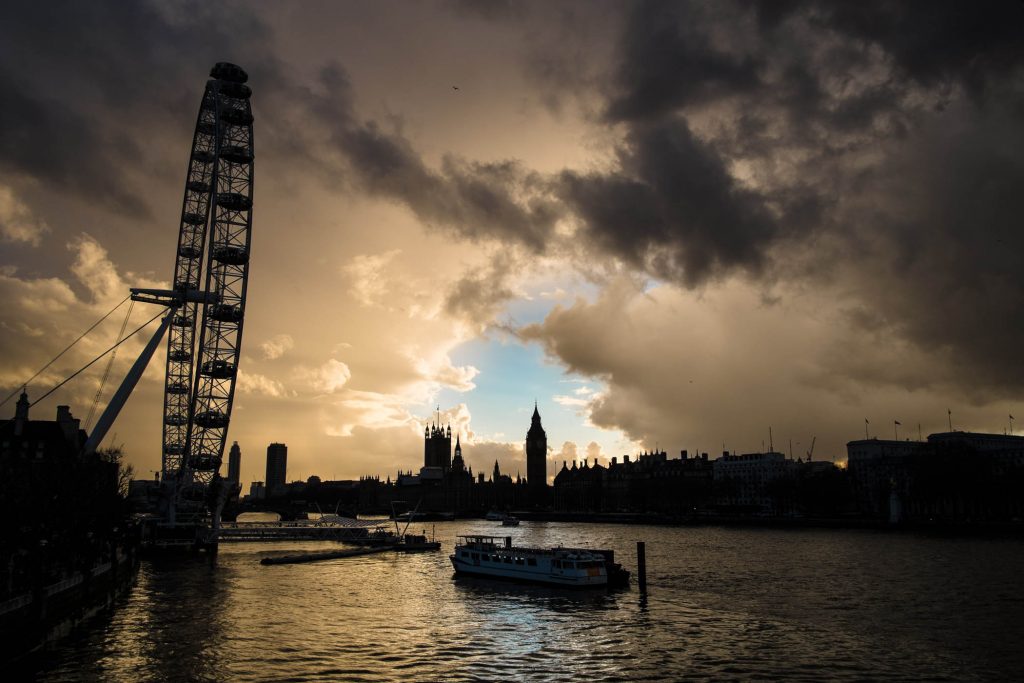 I was lucky to be in the right place at the right time to take this photograph of the London Eye and Big Ben.

But I think you make your own luck.

I live and work in London and I often cross the River Thames by one of the Golden Jubilee Bridges. I’ve taken many photographs of London from there but this is my favourite.

As I walked over the bridge back to Waterloo Station I noticed a patch of blue sky on the horizon moving from right to left. I decided to wait and see if it ended up behind Big Ben.

And it did almost perfectly!

I deliberately underexposed the image to bring out the detail in the dramatic sky. The boat adds foreground interest but it did hide the reflection of the blue sky in the water. Would the photograph have been better with the reflection and not the sky? Maybe, but I was still very happy with what I captured.

Had I taken a shot without the blue sky it would have been an OK photograph. But by anticipating and waiting for the blue sky to move behind Big Ben, I captured an image I was really pleased with.

I was lucky to be in the right place to take the photograph. But I made my own luck by waiting for it to become a great photograph.

Unluckily I missed my train home but it was worth it!

To find out how to take photographs like this, my eBook Photographing London is a great guide to capturing iconic images of London.