…is the one that’s with you. So said American photographer Chase Jarvis . 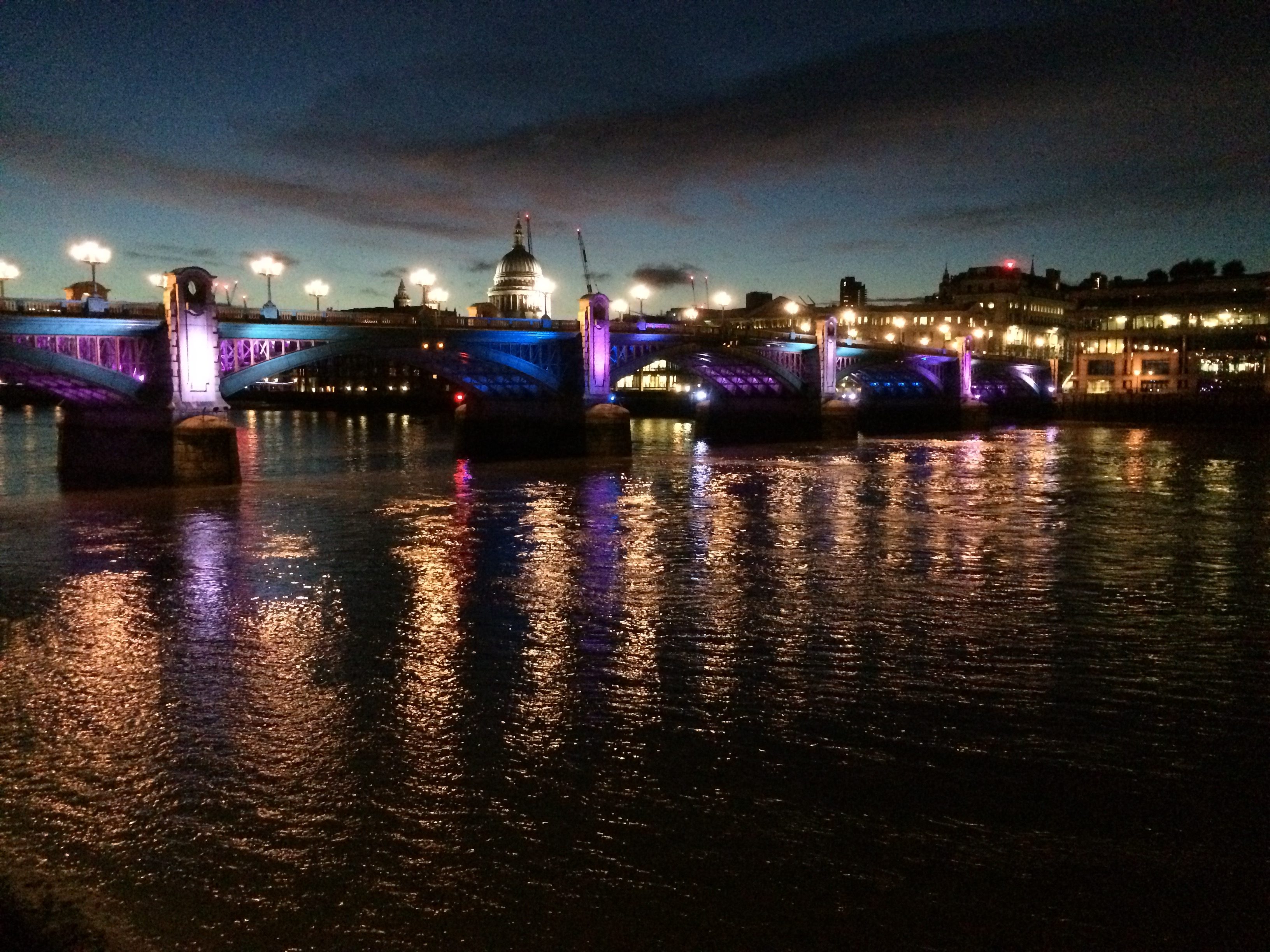 I’m not talking about always carrying around the 5kg of Nikon gear that is my basic standard kit for my day job.

I am talking about the camera on my phone.

While many of the photographs I publish on social media and in my eBook Photographing London have been taken with my Nikons or Fujis, many have been taken on a cheap Canon compact or my phone.

So when I was enjoying a few beers by the River Thames last saturday night, the only camera I had with me was the one on my iPhone 5s.

I saw that the fading light in the sky was going to make good photograph of Southwark Bridge and the dome of St Paul’s Cathedral and took one shot.

I often use an app to take photographs on my phone, but I wanted to take a quick shot. So the resulting image shown above is how it came out of my phone without any enhancement, filters or cropping. It was dark so it isn’t the best quality, but it’s OK. It’s sharpish but it’s grainy, particularly the sky.

I tweeted it within seconds of taking it…….and it was very popular.

Had I taken it with one of my Nikon’s or my Fuji X Camera, would it have been better quality? Yes.

Would I have had more retweets or likes? Probably not.

The point is that I was enjoying a night out with my friends and wasn’t out to specifically take photographs, so I didn’t have ‘proper’ camera with me.

But it didn’t matter. When it comes to it, it’s the scene that presents itself in front of you that counts.

Some of the greatest photographs ever taken aren’t the best technical quality, but they’re great images because of what they contain or the moment they’ve captured.

So whenever you’re worried about not having the latest or greatest camera, it doesn’t matter.

Remember. It’s where you point the ‘camera’ that counts.